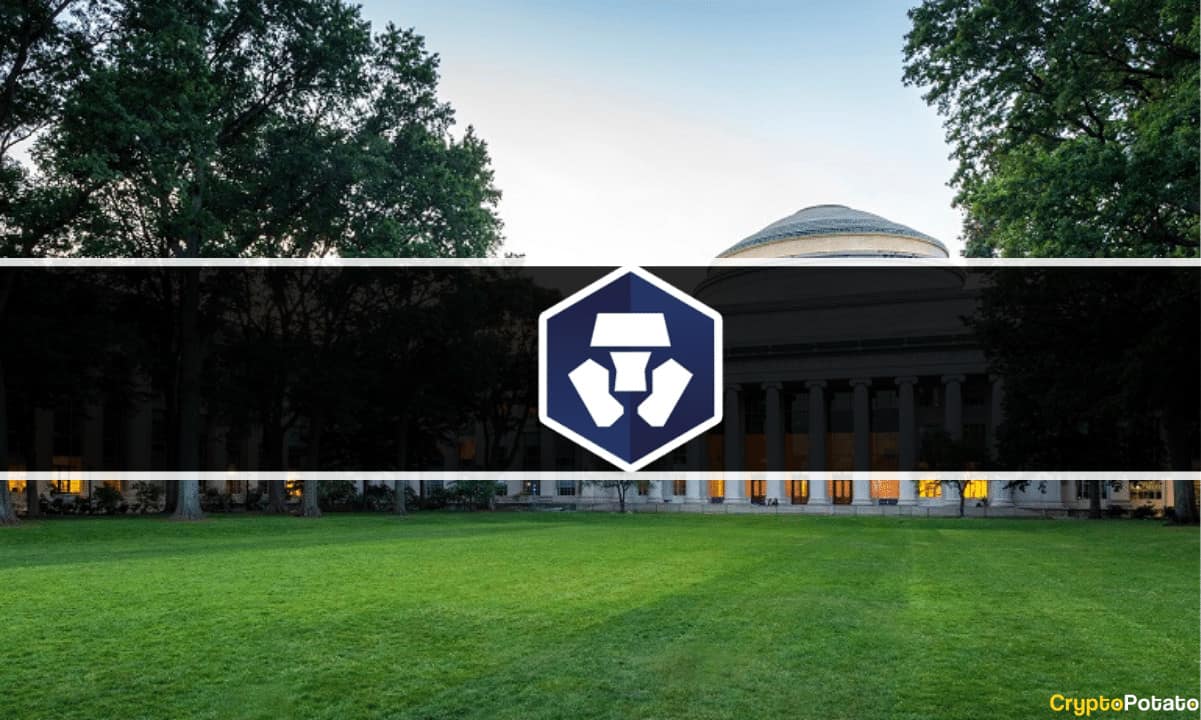 Crypto.com now lists Tezos (XTZ) blockchain technology for its initiatives in the Web 3 space and being a responsible blockchain.

CryptoCom announced plans to support the MIT Digital Currency Initiative for independent, academic research on crypto and blockchain as part of its commitment to a four-year gift to the latter.

The exchange’s gift aims to support the research in Bitcoin security and back the open-source development of protocols that form the foundation of a network by MIT’s Media Lab’s Digital Currency Initiative (DCI).

According to the official press release shared with CryptoPotato, the donation is also designed to help DCI continue its research efforts with regard to the stability of fee-based rewards and software to offer “strong robustness and correctness guarantees.”

“MIT’s Digital Currency Initiative is playing a critical role in building a sustainable blockchain ecosystem, in particular by fortifying Bitcoin’s underlying protocol. We are excited to further support blockchain research across the globe with such an esteemed institution and help accelerate the world’s safe transition to using cryptocurrencies.”

Dr. Henry Hon, Head of Research at CryptoCom, asserted that the research conducted by the team had repeatedly depicted that high-security standards are one of the top criteria for choosing crypto products from Brazil to Australia. He also added that DCI’s data focuses on the security of one of the most widely adopted coins on the planet, a goal that the exchange is keen on backing.

Besides MIT, CryptoCom has been supporting similar initiatives with global corporations and universities across the world to enhance blockchain technology.

One such is the Secure Blockchain Initiative at Carnegie Mellon University. Last month, CryptoCom also became a member of the Blockchain Association of Singapore. With this, the platform joined the list of prominent players such as Visa, PWC, Ledger, Algorand, Tezos that focuses on promoting “responsible” blockchain and Web 3 initiatives.

CryptoCom has also been making waves in the sports sector. It recently added World Cup to its growing portfolio. As reported earlier, the trading platform entered a sponsorship deal with FIFA  for the FIFA World Cup Qatar 2022™.